Well the final 4 in college football was announced today: Alabama vs Ohio State and Oregon vs. Florida St.

Let’s break these two host schools down a bit further. Alabama has the long standing tradition as a year in year top top 5 five team that has had more success than almost any school dating back well before many of us were even born.

Oregon is the new kid on the block but has been as good as Alabama, or close to it, for the past few years. Oregons top alumni created Nike and they get the coolest gear to wear, bar none.

We are talking about tailgating though so who will host the best tailgate this first ever year of playoff tailgating? Oregon is the ‘sexy’ pick to go with as they are on the cutting edge of everything cool, but not so fast my friend I’m going with the Tide as they will be tailgating in the South in the winter and I’m going out on a limb and thinking that the weather for the Alabama game will be much warmer than the in game in Oregon. Not to be too biased but from my experience the SOUTH has the best tailgating that I’ve ever been a part of and this will be no different Alabama should WIN this tailgating head to head matchup.

Have other thoughts let’s hear it! 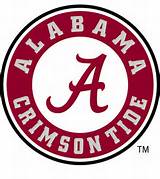