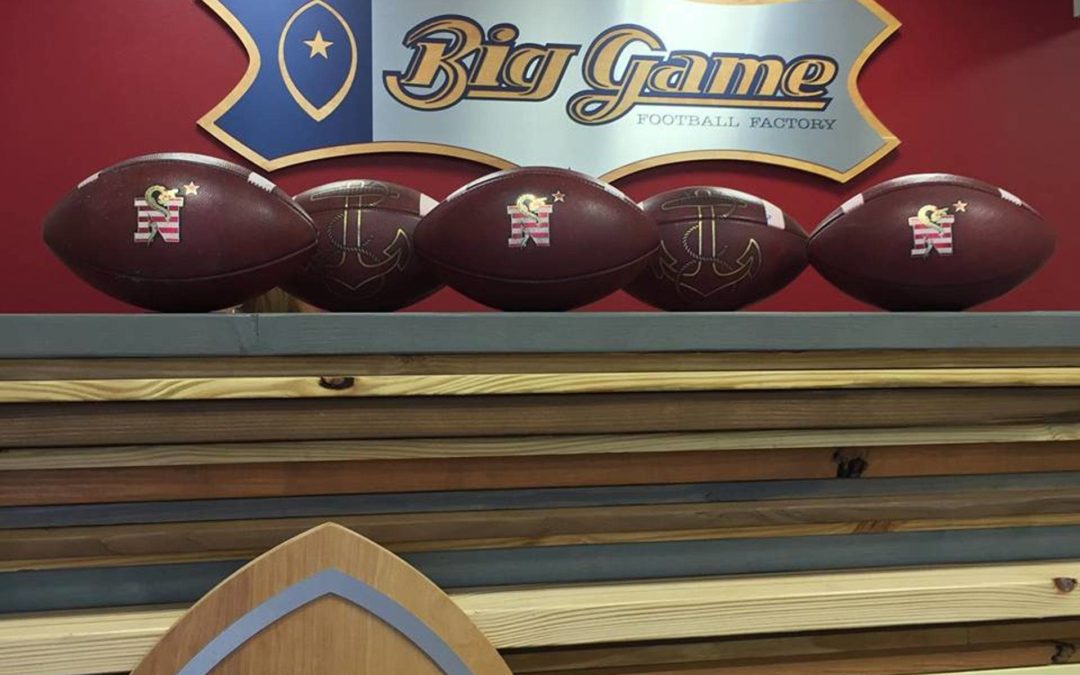 If you love tailgating then it’s a safe bet that you love football. We just had the pleasure of touring the largest American owned football factory, Big Game USA. Big Game USA is located in Dallas, TX and provides game balls for schools like: LSU, Miss St. Navy, Nebraska, Oklahoma State, SMU, TCU, TX A&M, Arizona St. NC State, Louisville, and Baylor. Every ball you see these team play with this season are made by Big Game USA.

All of the footballs are made in house in their factory, but I also learned that they speak with the QB’s from each team to see what type of leather and other specs they would like with their football (All done within the rules of the NCAA of course)  I never knew of the many possibilities of the different grains and quality of leather that a football could be made with, until I got the tutorial from Big Game USA.
They also have added technology to the football called: gametag.  Gametag is a microchip that will pair with an upcoming app to help authenticate footballs. It will show who the ball was made for, when the ball was used in game play, when the ball was produced and more.  The microchip is placed between the laces and the end customer can scan the ball with their smartphone to get all the information about the history of the ball.  There are currently 4 schools that will use gametag this season (Miss St. Navy, Nebraska, and TX A&M) Look for a green or red logo between the laces this season. This technology has a lot of VERY cool possibilities and I’m looking forward to the release of the app.
Big Game USA also, on occasion, will host team parties where they will produce a particular teams football and have fans come in to watch. The coolest part is that they will allow these select fans to write an inspirational message inside the football for the team that could be used in the actual game. How cool would it be to get an alert on your phone when you are watching your team play saying the ball you wrote a message on was being used!?
Want to get your own gametag ball or learn more about Big Game USA. Click here:
http://www.biggameusa.com/ 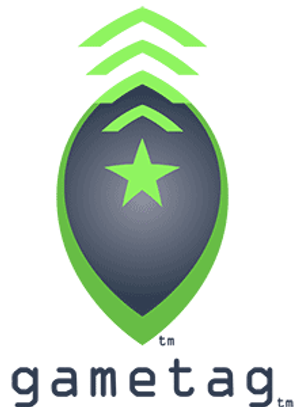