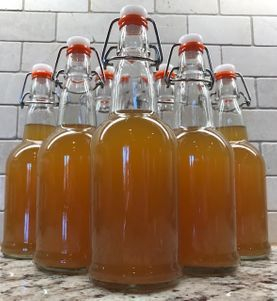 Beer and tailgating are a match made in heaven. There are coolers full of different beers at tailgates across the country, each weekend. If you’re like most people, you go to the gas station, grocery store or maybe the local liquor store, to pick up a case of cold ones, but have you ever made your own beer to take to the tailgate?

Being that I love beer and I love to be different I knew I had to enter into the world of becoming a beer brewer and make my own brew for a tailgate party. I got in touch with Craft a Brew and they sent me a kit that had everything (expect the bottles) needed for making my own beer! I got the Hefeweizen to make myself. Everything arrives in one box to help get you started on your quest to go from beer drinker to beer brewer.

I’ll start off by saying you can’t brew beer on a Friday and have it ready on a Saturday night. Making beer from scratch is a process (This one took 5 weeks before it was ready to drink) I made a step by step video that talks about and trys to help walk you through the steps as much as possible.  I won’t go into a break down of each step here, as the video below will, but will highlight a few things.

-Prepare to spend a couple of hours the first day in the kitchen working on this.

-Make sure you properly sanitize everything that the beer comes in contact with. They give you a sanitizer package that needs to be used half on the brewing day and the other half on the bottling day. If you don’t it could make the beer undrinkable.

-You really need a second person to help with the transfer of the beer from the pot to the gallon glass jar (as well as when you bottle too) I lost some of the beer from spillage by not doing this on the first day.

-The bottling phase with the siphoning from the glass jar (where it fermented) into the large pot took a few tries to get right so have patience.

-Once bottled allow 2 weeks to rest in a dark, cool area to allow the natural carbonation to take place

-Then pop in the fridge and enjoy

In the video I actually tasted the final product live to give you a true reaction to how it turned out and I was pleasantly surprised on how good it tasted. I’m an optimist by nature, but I was nervous that it was not going to be drinkable…I was wrong. I took this to the party and looked like a rockstar drinking my homemade beer!

PROS: something fun to do, a new challenge, bringing your own beer to a tailgate is awesome

CONS: it takes time to make it and weeks of time before you get to taste it. The kit should come with a small strainer

Overall, it was longer and little bit tougher process than I anticipated, but when I got to taste the cool, refreshing beer on my tongue it made it all worth it. So I encourage you to be different, be unique, and show up at your next tailgate with homemade BEER! 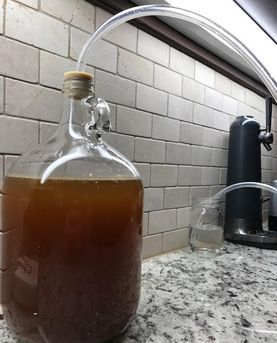 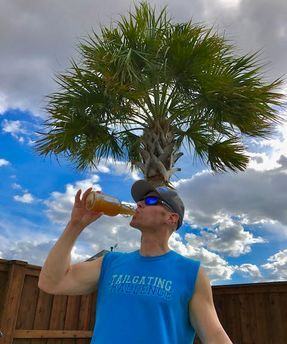