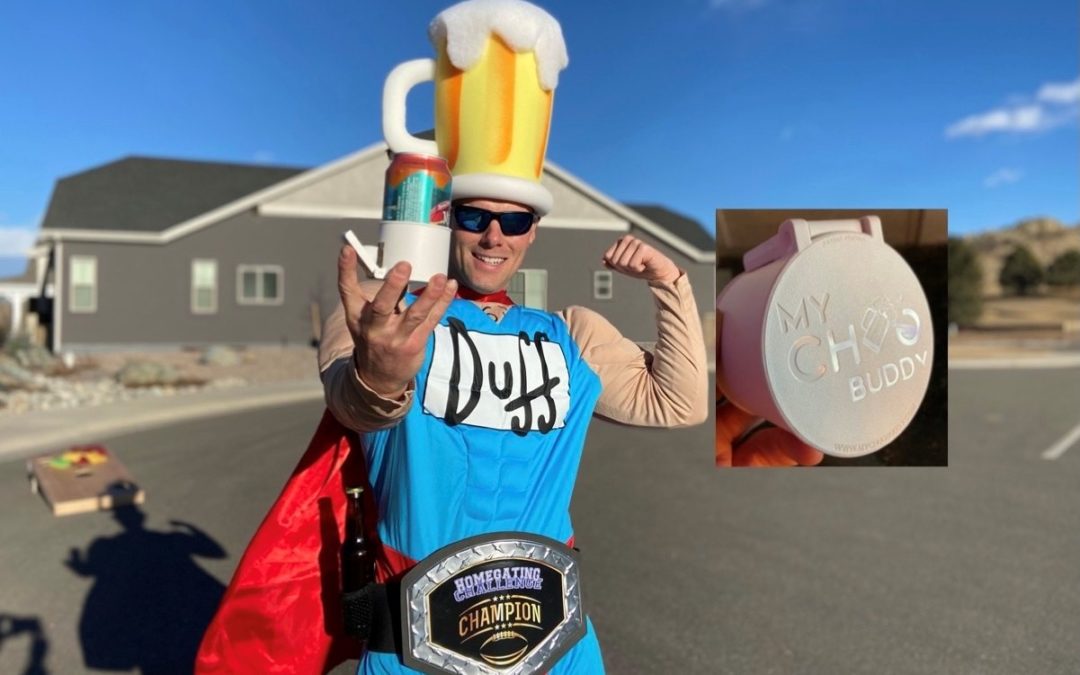 Shotgunning a beer has been the way many people have started their parties for years. Now you can make it easier with the My Chug Buddy Review.

Let me start by saying I’ve never been someone that chugs, beer bongs, or shot guns a beer. Never really been my thing and I’m not great at it. Now that we have that out of the way I have seen numerous people shot gun beers over the years. There have been many early morning tailgates where friends will grab a cold beer from the fridge, then get their keys out and start shotgunning a beer.

The big problem with the old school way of doing this was that you could get injured. I’ve seen multiple people draw blood trying to pop their beer open with their car key. Bleeding is no way to start the party off and this is one reason the My Chug Buddy was invented.

-No knives, keys or scissors

The My Chug Buddy is simple to use. You slide your canned beer into the My Chug Buddy and the you’ll push the handle (there is a sharp point on the other side) into the beer. You then drink as fast as you can to avoid beer spilling.

Using this is far easier and much safer from the traditional version of using car keys.

PROS: easier and safer than traditional ways of shotgunning of a beer

CONS: if you’re not good at shotgunning a beer you still won’t be afterwards

Overall, this product is made for those that enjoy shotgunning a beer. I can confirm it is safer and will reduce injuries that I’ve seen from the traditional way that people shotgun their beers .

Thanks for reading this far in our My Chug Buddy Review. We welcome any questions and comments you have below. Take a look at the video below to see the My Chug Buddy in action. We attempt to show you how to shotgun a beer, a little easier than with your car key.

Love learning about all the cool, new products that we get to test out? Take a minute and check out our newest PRODUCT REVIEWS.

We NEVER get paid for our reviews. This way we can keep it real with you. We were sent a sample to test out with the understanding that we’d give our honest thoughts.