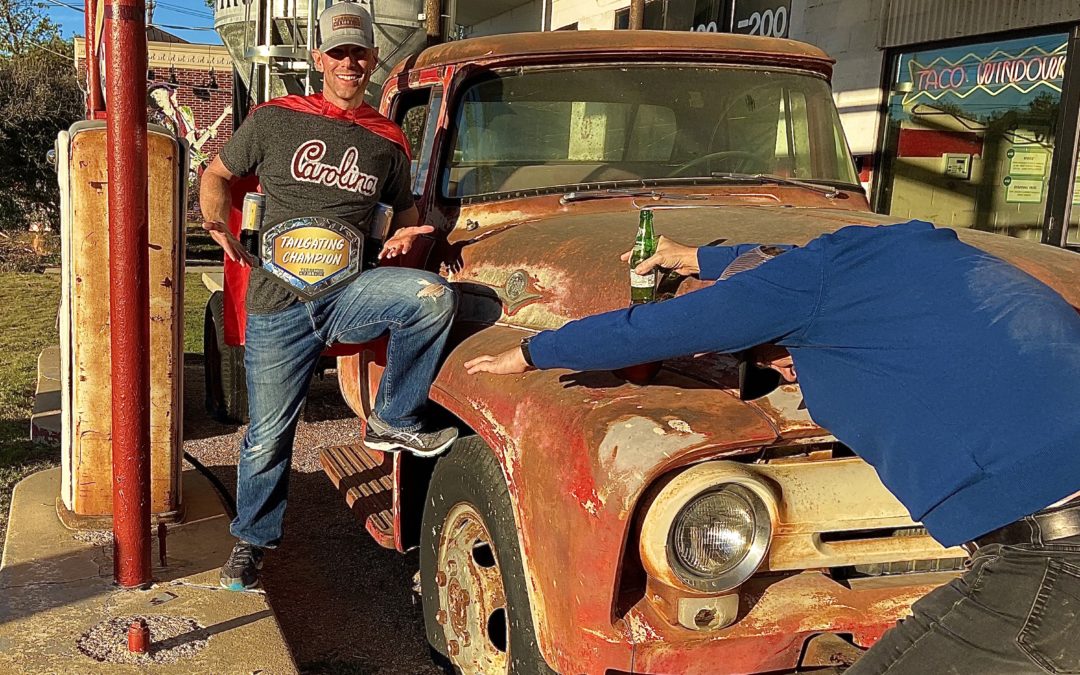 We play a lot of fun tailgating games and there will always be a winner that gets bragging rights. Normally, that is all the winner gets, bragging rights. They can talk smack and tell everyone they were the greatest at the recent cornhole tournament, but they need something to SHOW others that they are a Rockstar. This is where Party Belts come in. Party Belts are the fun new way to crown champions at every event.

Party Belts take you back to the days of wrestling where the champion got to put on the belt to show others they were the best in all the land. Party Belts took that same concept and allow you to create a championship belt for any occasion. I knew from the start what mine was going to say: “Tailgating Champion” because our goal is to always Dominate the tailgate.

I worked with the team at Party Belts to share my vision of what I wanted the belt to look like and for it to include our Tailgating Challenge logo. They sent out the belt and when I got it in I LOVED IT! I put the belt on, it has Velcro in the back so it can adjust to all body sizes, and right away I felt like the champ was here. The belt displays the Tailgating Champion verbiage in a large display area and the belt is wrapped around with diamond plate material to make it, ‘pop’.  On each Party Belt there is a drink holder on each side, so you’re always ready to PARTY!

Check out the video below to see the Party Belt in action.

We did a Pop A Shot tournament earlier this year where we had players compete through a bracket style matchup, until we got down to the championship round. When the top two players finished battling it out the winner was pumped, but he wanted more. He wanted a symbol of his journey to the top. We didn’t know about Party Belts then, but now how awesome would it have been for the Pop A Shot champ to be able to wear a championship belt to show off their big win?

With the ability to customize Party Belts you can have these made for tailgating games, office awards, and much more. The Party Belts can engage your employees/customers in a fun way that is sure to make for an Instagram moment.

You can learn more and design your own by visiting: https://partybelts.com/

If you love learning about new products in a fun and NON biased way then you’ll love all of our PRODUCT REVIEWS. We’ve done hundreds of reviews where we give our honest feedback, so you can make proper purchasing decisions.