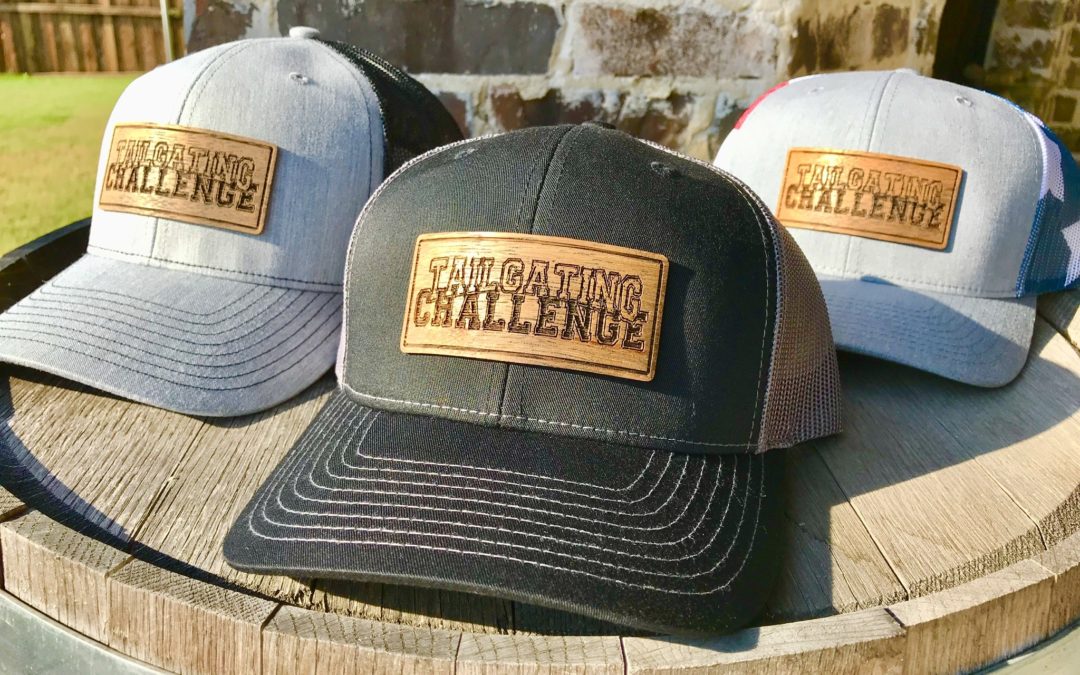 There are so many awesome projects that I have seen completed with whiskey barrels. You can make bars, tables, display cases and much more from these crowd favorites. I’ve always been attracted to any project involving whiskey barrels and even have one on my back porch. What can I say I love them. I thought I had seen whiskey barrels used in just about everything until I came across Columbus Barrel Co. They make a host of awesome whiskey barrel art pieces with one of the coolest being the whiskey barrel hats!

I bet you’ve never heard of a whiskey barrel hat, I had not. When I saw what Columbus Barrel was doing with their old barrels and hats I was hooked. I love hats and I wear hats out to most places I go. I have a variety of cool hats: team hats, Tailgating Challenge hats, LED light hats, etc. but I did not have a WHISKEY BARREL hat in the collection. I didn’t even know there was such a thing until I was lucky enough to cross paths with Columbus Barrel Company.

Columbus Barrel Company will go through an in depth design process with each customer that orders a custom hat to ensure they turn their vision into a reality. This includes badge design, shape and the hat color.

Remember, I have quite a few hats, so normally I don’t get excited for a new hat in the mail, but I was checking the mail everyday hoping this hat would come in. I couldn’t wait to see how they would look. When they showed up I was not disappointed! The hats turned out great and this has quickly become my go to hat when I go out or shoot Tailgating Challenge videos.

The hats used in the project are Richardson Style 112 and are a trucker style cap, with the mesh back. After rubbing my fingers over the whiskey barrel wood, I did what any guy would do, I put the wood up to my nose and took a big sniff. Unfortunately ,there was no whiskey barrel smell that was still associated with this project. Ah well, the hat looks great. I guess people don’t buy hats for the smell anyways:)

Overall, the style and quality of this hat are second to none. Being a guy that has worn hats most of his life I know an extraordinary hat when I see one and this Whiskey Barrel Hat has earned the Tailgating Challenge seal of approval.

I ask you what would your whiskey barrel hat look like?

Learn more about these amazing hats and many other projects Columbus Barrel does with old whiskey barrels by visiting: https://www.columbusbarrelco.com/

Love our reviews? Check out more of them in our Product Review section. We have worked with hundreds of companies to give our NON biased, unpaid, thoughts on their products. Columbus Barrel Co. Provided us a sample hat for testing purposes. Thanks all and remember my motto: Don’t Hate, Just Tailgate!